Mica tapes for main insulation for the RR(resin rich) technology

Mica tapes for main insulation for the VPI technology 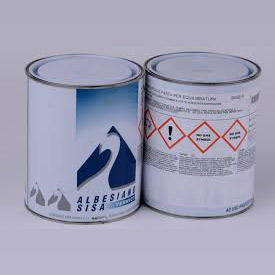 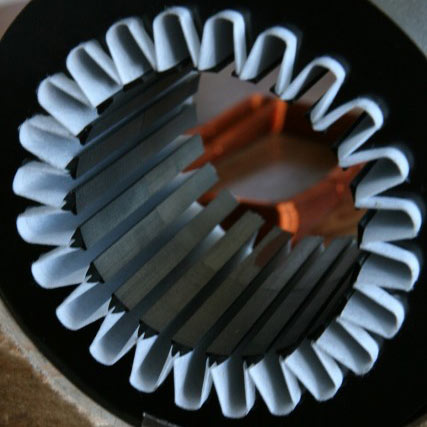 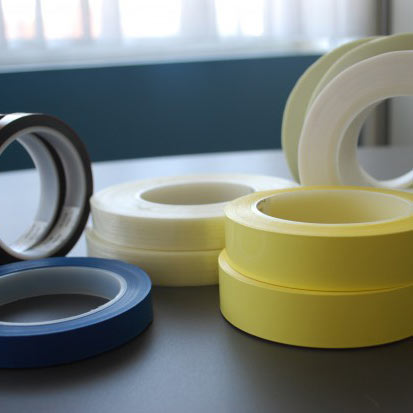 The rotating electrical machines are the basis of the majority of drives used nowadays. The share of electric motor drives is constantly growing and with the development of electric vehicles and renewable energy sources, it occupies more and more the territory of fossil fuel engines. The electric motor is the most mass-produced machine in the world.

Its main advantage over other engines is the incomparably higher efficiency - up to 99%.
It was invented by Michael Faraday in 1821 and soon after improved by Nikola Tesla, Mikhail O. Dolivo-Dobrovolsky and Galileo Ferraris, working independently of each other.
Since then, many scientists and inventors have worked on improving the electric motor and Today it is one of the most developed machines, with the most varieties.
The types and sizes are different, but the action of all electric machines is based on Lorentz's law about the mechanical force caused by the interaction of an electric magnetic field with a conductor through which current flows.
This mechanical force allows the conversion of electrical energy into kinetic or vice versa kinetic energy into electrical; in the first case the electric machine is called motor and in the second - generator. The kinetic energy causes the rotation of the moving part of the machine, called the ROTOR, to rotate around its axis. The fixed part of the machine is called the STATOR.

The types of electrical insulation materials depend directly on the types of motors.

In general, they are:

Partial discharges (PD) are caused by air gaps in the insulation and the molecules contained in them. Under the effect of a strong alternating current field PD can destroy the electrical insulation.

Corona effect is caused by the ionization of a fluid (usually the air) under the influence of a strong electric field. Such a field is obtained at the output of the conductor from the stator channel in electric motors with voltage over 5 KV.

Without proper insulation, the corona effect causes a discharge forming an arc which is visible as a bluish light at the output of the stator channels. This discharge destroys the electrical insulation.

Traction motors, even if low-voltage, due to the numerous stresses to which they are exposed, use insulation system as high-voltage electric motors.

Due to the high requirements for the insulation of high-voltage rotating electric machines, the materials used are of the highest class.

The main insulation is always based on mica tapes - mica is the best insulator in the world. A number of special materials are used to protect against partial discharges and the Corona effect, such as high-voltage mastic, semiconductive and conductive varnishes and mica tapes, special composite and pre-preg materials, including conductive spring-shaped composites for wedges and mechanical reinforcement tapes.

There are 2 main technologies for electrical insulation of high voltage electric motors and generators:

Depending on the type of technology, some of the materials are different, most notably the mica tapes for main wall insulation - those for RR technology have a high B-phase resin content.